The whole concept of Club's own car began in autumn, 2006. Džeradas (Saulius), then-president, suggested that the Club should have a historic Renault car for representation and preservation purposes.

It took us two years, up until spring 2009, to bring it up to full working order. A lot of then-and-present members participated in the process, as the car was neglected in a bad way.

After some serious welding, a lot of time spent going through suspension, some major headaches with brakes and the engine, the car was ready for a new coat of paint and some minor visual tiding up.

Presently, club's R4 is in a pristine condition, ready for participation in any event we may think of throwing it into. 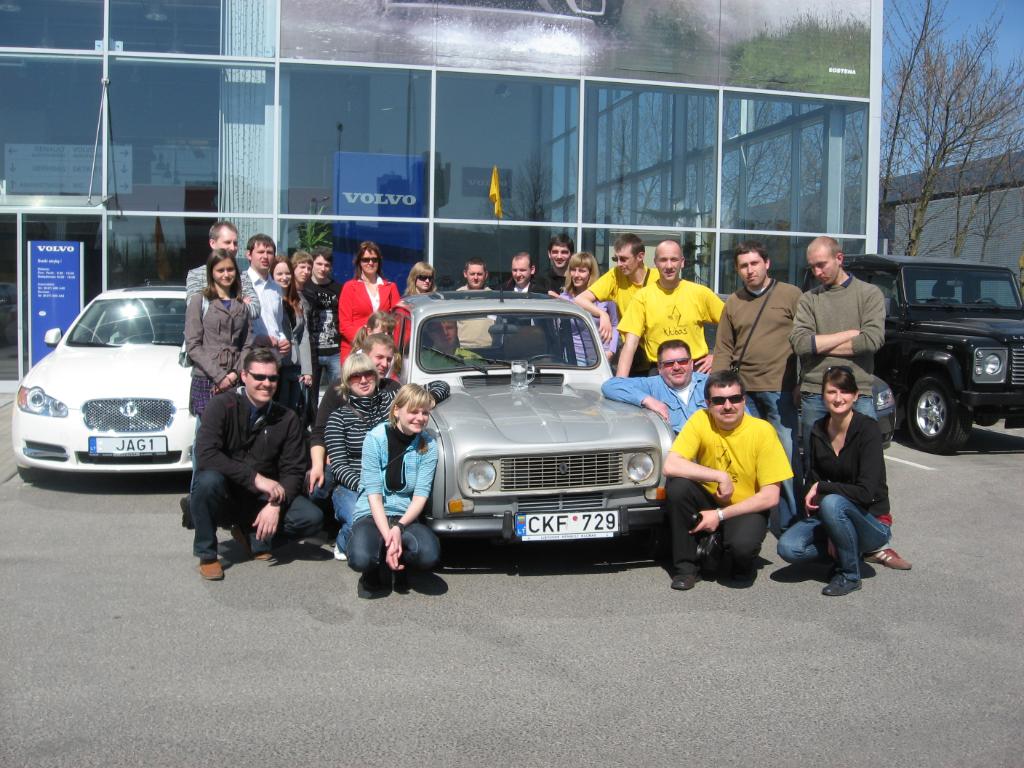